Of course there’s a healthy number of WWII sites in Boston, Massachusetts. This is a city famous for military history, if nothing else. Okay so maybe we’re talking about the American Revolution here, but that doesn’t change the fact that Boston has battle in its blood.

Though today it’s home to a number of WWII museums and memorials, Boston actually played a significant role during World War II itself. During that time:

For more on the Boston Navy Yard’s WWII history, click on that article from the National Park Service. It’s extensive and really interesting.

The WWII histories of both the Boston Navy Yard and the Harbor Defense program are still visible today. These offer some great WWII sites in Boston for you to visit on your next bounce through Beantown.

Boston is also home to a handful of interesting WWII museums and memorials around town, in addition to these important historical sites. This whole list of WWII sites in Boston is located in and around the downtown area. Even if you have to take a boat to get there.

While most of the larger WWII museums near Boston are located farther out in suburban Massachusetts, there are still a couple of great ones here in town.

For all the other museums, monuments, memorials, and more in the rest of the state, click here for my guide to WWII sites in Massachusetts.

The USS Cassin Young fought in seven Pacific battles of WWII, including the Battle of Okinawa, and survived two Kamikaze strikes. Today, she remains one of only four Fletcher-class destroyers left in existence. This ship has a full and interesting history you can read about here.

They named her after Captain Cassin Young who was awarded the Medal of Honor for his heroism during the attack on Pearl Harbor. He was killed in the Naval Battle of Guadalcanal a year later.

You can tour the upper deck of the ship yourself or head below deck on a guided tour offered by the National Park Service. (Museum ships are the best kind of museums!)

On the fourth floor of famous Faneuil Hall you’ll find the Ancient and Honorable Artillery Company Military Museum and Armory.

This free museum is full of historical artifacts. You can see uniforms, firearms and swords, and other relics from all military engagements from the 1600s to today. There is, indeed, a collection specifically on World War II.

Dating back to March of 1638, the Ancient and Honorable Artillery Company of Massachusetts is the oldest chartered military organization in the western hemisphere. It began as a volunteer militia company dedicated to readiness at a moment’s notice.

Today, the AHAC works with the Massachusetts ROTC and serves as the location for new military officer commissioning ceremonies.

From a couple general war memorials to some more specific ones on a grand scale, here are what the WWII sites in Boston have to offer.

The largest and most well-known of all WWII sites in Boston would have to be the New England Holocaust Memorial. This memorial is located near Faneuil Hall and Quincy Market on Congress Street. It’s appropriately, and deliberately, situated along the Freedom Trail.

The Holocaust Memorial opened on October 22, 1995 and is dedicated to the six million Jewish victims of the Holocaust. It’s open 24 hours a day, 7 days a week.

The New England Holocaust Memorial features six 54’ tall glass towers. They’re lit internally from the top down and every inch of this memorial is symbolic.

Each tower is etched with millions of numbers representing the prisoners’ tattoos. They also sit atop steaming floor grates reminiscent of the camps’ gas chambers. This memorial sits in a busy area of downtown and serves as both a reminder and a pathway.

The NEHM also just released new technology for visitors. Upon arriving at the site, you can now scan a QR code that takes you on a (free) nine-stop guided tour of the memorial. Read more about the New England Holocaust Memorial here.

You might also like my posts on visiting Dachau Concentration Camp and Memorial Site outside Munich, Germany and visiting Theresienstadt concentration camp outside Prague.

Over in the Back Bay Fens, an urban park in the Fenway/Kenmore area of Boston, you’ll find the Boston World War II Memorial. Situated between Fenway Park and the Museum of Fine Arts is this large memorial designed by John Francis Paramino.

The Boston World War II Memorial was completed between 1947 and 1949. It’s made of granite and bronze and features a winged victory statue and 27 plaques listing the names of the men and women from Boston who died in the Second World War.

The memorial also features a circular garden area with plantings and benches.

Located on the Esplanade between Storrow Drive and the Charles River you’ll find the General George S. Patton Statue, standing tall in front of the Hatch Memorial Shell.

Designer James Earle Fraser created this statue in 1953. It is meant to commemorate George Patton’s June 7, 1945 address. Here at the Hatch Shell he spoke to a crowd of 20,000 (including 400 wounded Third Army veterans). You can actually watch some of that speech here!

That 8’ tall statue stands on a base of pink granite inscribed with a little information on the General.

George Patton has a long relationship with the state of Massachusetts including:

Dedicated in 2002, the small South Boston WWII Memorial serves as a place of quiet reflection. It includes the engraved names of more than 200 soldiers from South Boston who served and died in World War II.

This memorial overlooks Boston Harbor, situated at the start of the causeway heading to Castle Island. Local artist Robert Shure sculpted this granite monument with the assistance of World War II veterans from South Boston.

Other WWII sites in Boston

Besides museums and memorials, there are a few more WWII sites in Boston for you to check out.

Between May and October you can ferry around the Boston Harbor Islands, formerly part of the Harbor Defenses of Boston. This was a set of coordinated defensive forts used between 1895 and 1950 by the United States Army Coast Artillery Corps.

The Boston Harbor Islands National Recreational Area is a branch of the National Park Service that includes hiking trails, beaches, lighthouses, and much more on a number of the islands.

While some of these forts date back to the Colonial period, many were retrofitted for use during World War II. The ruins of some of these abandoned structures are still visible today though many have been demolished. For example…

Fort Andrews served as an active artillery post and a POW camp for Italian prisoners during WWII. It takes up the entire northeast end of Peddocks Island—originally called the Peddocks Island Military Reservation.

Today, the fort stands abandoned but you can still see the deteriorated (and somewhat dangerous) concrete gun emplacements, administrative buildings, and fire control structures (used to spot enemies, not fires).

Fort Warren on Georges Island is on the U.S. National Register of Historic Places and is located right at the entrance to Boston Harbor.

Fort Warren is a pentagonal bastion fort dating back to 1833-1861. During World War II, in anticipation of attacks by German U-boats, it served as a control center for Boston Harbor’s south mine field. They decommissioned it in the 1950s and opened it to the public in 1961.

Today, you can visit easily by ferry from downtown Boston and take guided tours or explore on your own. You can see, among other things, many of the walls, casemates, magazines, and two 40mm Bofors guns from WWII that are open to visitors.

Just a two-minute walk from the Boston World War II Memorial in the Back Bay Fens you’ll see the 450-pound Japanese Temple Bell.

This bell was forged in 1675 and used in religious ceremonies at the Manpuku-ji temple in Sendai, Japan for centuries. During World War II, Japanese military removed a number of temple bells for the purpose of melting down and turning into artillery. Because of this need, almost 95% of Japan’s temple bells were destroyed.

When America invaded Japan, Navy soldiers found a stash of bells earmarked for weaponry and brought several of them back to the United States. Captain Marion Kelly of the USS Boston in retrieved one of these bells in 1946.

Over time, the U.S. has returned the majority of these bells to Japan. However, in 1953 Sendai allowed the bell to remain in Boston as a gift in the spirit of peace and friendship between the two cities.

Today, that bell sits in the Back Bay Fens on a marble block with a small descriptive plaque.

There’s also an incredibly interesting story behind the Japanese bell found among the Manhattan Project sites in Oak Ridge, Tennessee. This one represents the relationship between Japan and Oak Ridge, the American city at the origin of the atomic bomb.

Also located in the Back Bay Fens are the Fenway Victory Gardens. These are the United States’ only surviving continuously-operating World War II victory gardens. Residents planted them in 1942.

During this time there were more than 20 million victory gardens in the United States. Victory gardens like these produced nearly half of all vegetables during WWII.

Today, the Fenway Victory Gardens contain more than 500 gardens for residents of the City of Boston. They span almost 8 acres and include gardens of residents from all parts of Boston.

On your visit to the Fenway Victory Gardens, walk the paths, check out vegetable gardens, decorative flower gardens, and much more. I particularly love this Japanese-inspired garden pictured below.

You can learn more about the Fenway Victory Gardens in this National Geographic article.

› Heading to Boston? Read reviews and book your room on Booking.com, my favorite booking site.
› Check out the other World War II sites in Massachusetts too!
› Don’t forget to pick up a New England guidebook for the rest of your sightseeing.
› Like this post? Have questions? Reach out on Facebook / Twitter / Instagram 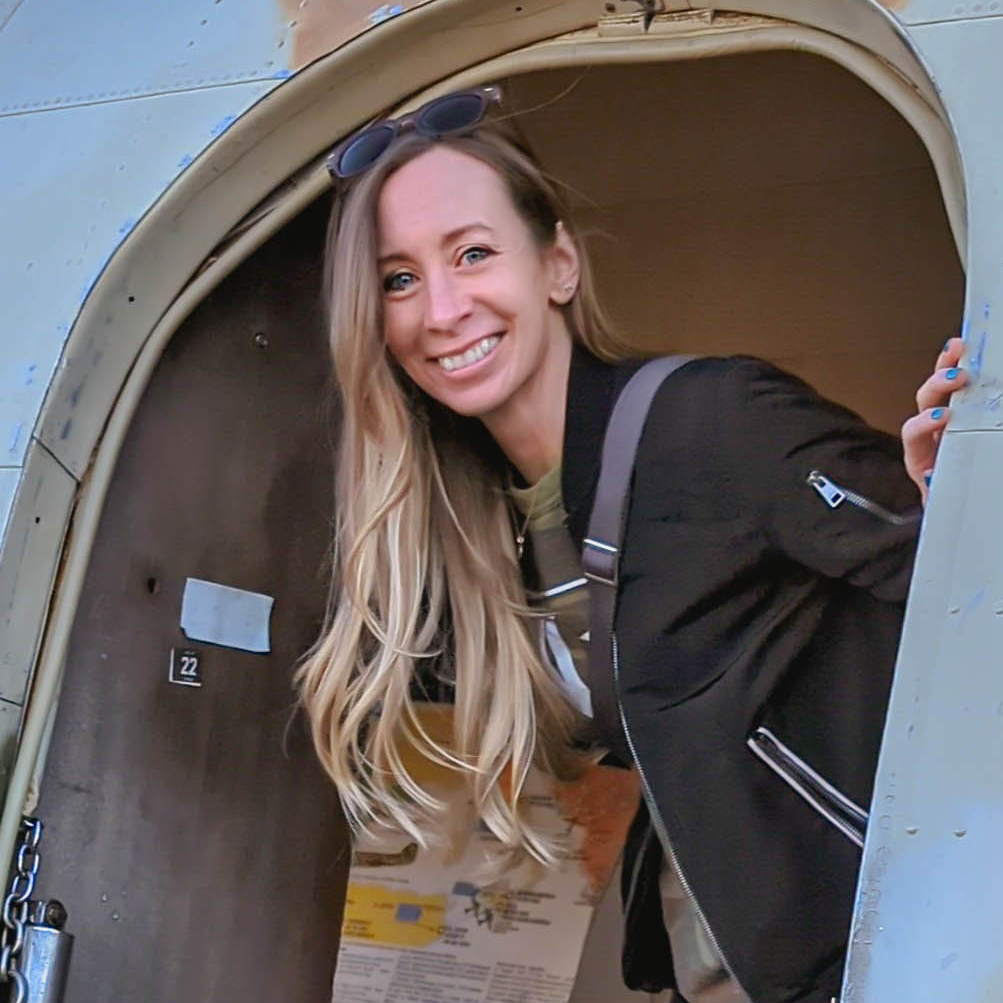